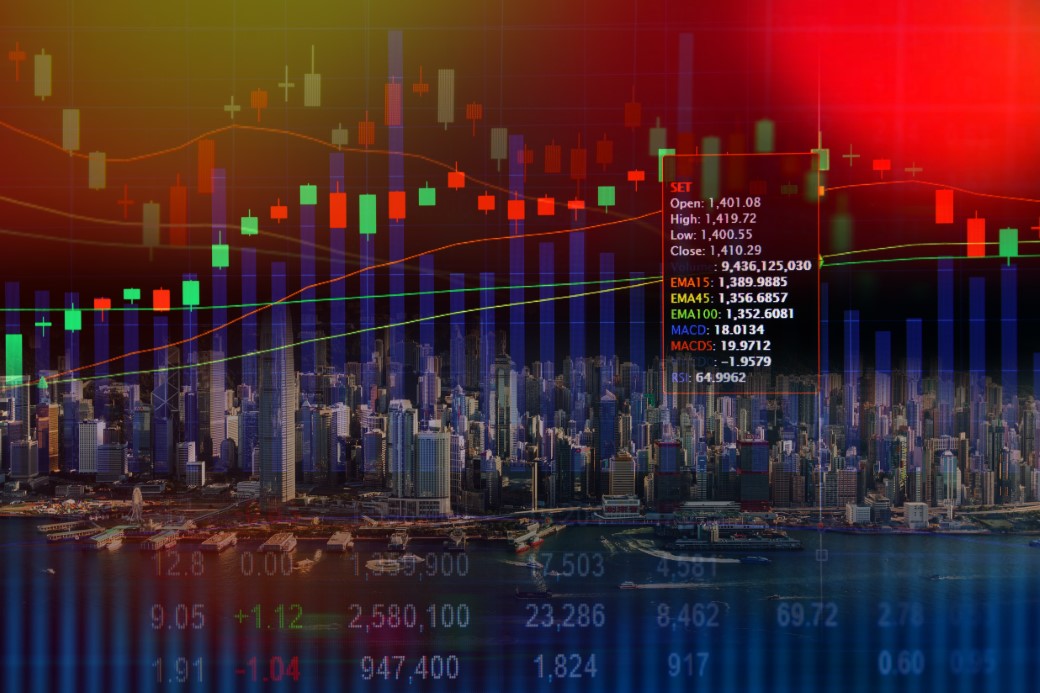 As we have discussed in our other blog topics focused on China, the GDP numbers, total outstanding debt, and other various statistics reported by their government have been questioned and scrutinized over the years. While most analysts put China’s debt/GDP near 250%, The Institute of International Finance (IIF) actually believes that China’s debt load was possibly as high as 300% in 2017. Today, we expect that to be much higher. 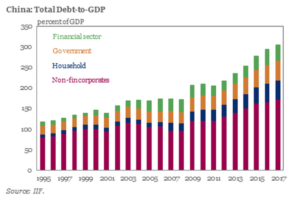 According to an S&P credit analyst, “the potential amount of debt is an iceberg with titanic credit risks,” regarding the amount of debt held by municipalities in China1. As shadow banking in China has grown in complexity and size, so has local government debt1. Because of China’s recent slowdown in growth and spiking Chinese bond delinquencies, Beijing has been adding pressure on local municipalities to become much more transparent with their debt. Below is a chart that shows how much Chinese local corporate bond defaults rose in 2018:

Probes investigating how much local debt exists in China have shown that off-book borrowing exceeds on-book borrowing in some places, according to Bloomberg2. According to a Chinese economist, “the problem can’t be delayed anymore,” meaning fiscal revenues and GDP growth aren’t enough to cover the interest and principal payment amounts1. This further calls into question the GDP rate the Chinese government publishes, because a growing economy of 6% GDP would not have declining tax revenue. We believe the efforts to deleverage local governments remain precarious as the government has recently pledged to cut taxes, which further reduces the ability to repay their debt load.

With low-interest rates being embraced by central banks across the globe, China has been able to take advantage of this type of environment. For example, the China Development Bank was able to recently sell a 270-day bond with a coupon of 4.8%1. To put this into context, it sold a similar bond in January of this year for 6.3%1. A compression of 150 basis points over a couple of months speaks to the credit mania being experienced around the world.

China’s financial sector is approaching twice the size of the US, and its economy is years behind in terms of size1. With shadow banking and financial complexity growing in China, “the bigger worry is the moral hazard issue,” according to Zhu Ning, professor of finance at Tsinghua University1. As with any debt issue, regardless of the country, the three ways out are default, inflation, or growth. With the amount of growth in China being questioned, and the extreme ramifications of a default situation, inflation could be the response of the Chinese government.

13
May, 2019
Get Comfortable With Online Banking

Do you know someone who resists or refuses to do any online banking? Maybe they are uncomfortable with or lack confidence navigating the online technology itself, or perhaps security is a factor. There is a tool that includes a series of short 1-3 minute videos that help guide people (of any age) through basic steps to manage online finances with a bank or similar online accounts.

13
May, 2019
Financial Checklist for Newlyweds

We believe the 2008 financial crisis was caused by too much leverage, specifically in the financial sector. The average total debt held by S&P Financials was approximately six times their equity. In the US today, banks have done their part in deleveraging and this ratio is now approximately one for one. The Federal Reserve’s response to the crisis was to lower rates to essentially zero to encourage spending and borrowing to stimulate the economy. Both businesses and the government seem to have quickly seized the opportunities created by cheap debt.