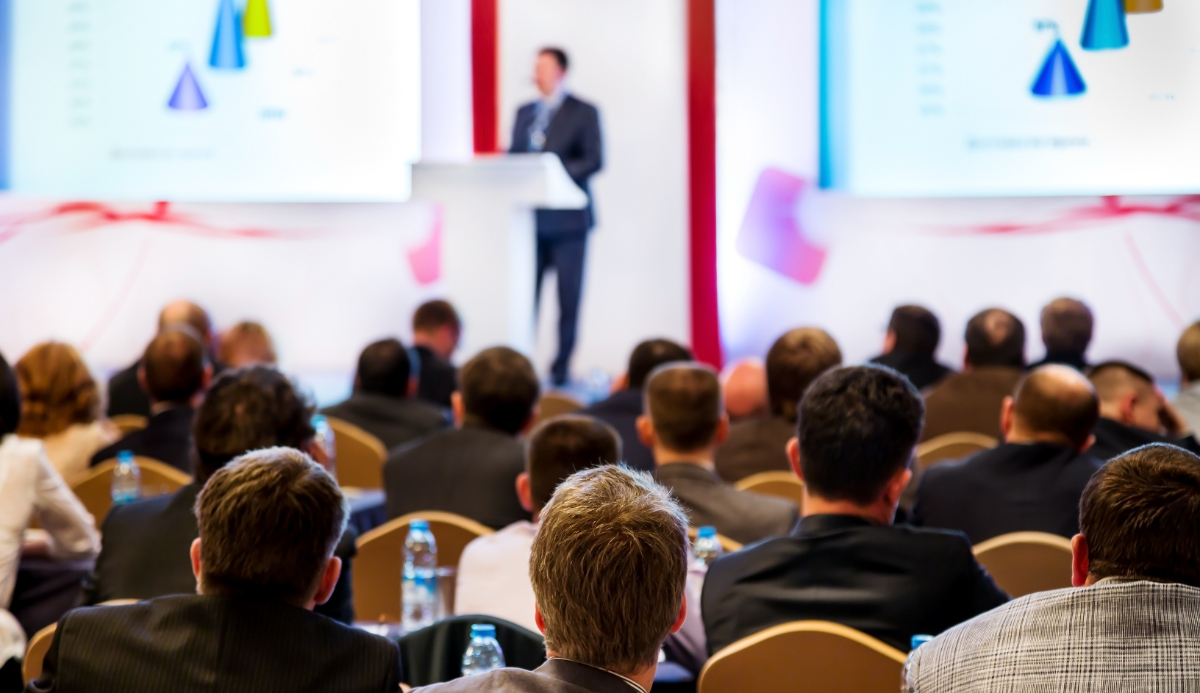 The SFG Investment Team attended the virtual Mauldin Economics Strategic Investment Conference in early March 2018. The conference brought in experts, such as George Friedman, Jeffrey Gundlach, Louis Gave, and Grant Williams, to share their global outlook and strategies to address major economic, geopolitical, and technological risks. Their analysis and perspectives have helped us enhance our scenario planning analysis regarding those risks. Some of the key takeaways from the conference were:

1. Market Valuations: Most valuation parameters are either the richest ever or among the highest in history. For example, the Shiller CAPE ratio now stands at its second-highest level in decades. Even the Fed admits that valuations are high and will not remain so for long, although we do not know how long this will last. Historically, however, high or extreme valuations are usually followed by years of subpar equity returns. This means the level of probable drawdowns is also high. Many speakers said that risk management in this current environment is critical. It is time for more defense than offense.

2. Inflation: Inflation has become a significant part of the investor conversation since February 2018. Investors tend to focus more on how the markets will react if inflation does move higher, not how it will affect the economy. The Federal Reserve set its annual inflation target to 2 percent. However, no inflation policy rate that the Fed has previously targeted has been achieved. So, it may be time to rethink the way the Fed targets inflation.

3. US Deficit: The markets have started to worry about the sustainability of US fiscal policy due to significant deterioration in the US budget deficit. Increased spending coupled with tax cuts is the main cause of this problem. Jeffrey Gundlach said that we are in a new situation: a rising deficit without a recession. Regarding the US budget deficit as a percent of GDP, he thinks it may explode in 2019. 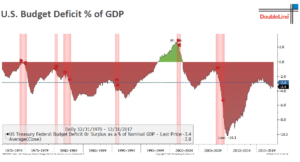 4. US Debt: The US federal debt has been on an accelerating trajectory. However, the US GDP has been stuck on a downward slope, as illustrated in the graph below. Due to falling interest rates, the interest on the national debt has been pretty constant. As rates rise, however, it will push the cost of debt to potentially unsustainable levels for the federal government. It’s important for us to understand that, just because GDP increases at 2 percent annually, we cannot resolve the issues regarding deficit and debt. Historically, the problems have not gone away without big disruptions.

5. Geopolitics: Speaker panels were less worried about North Korea and more focused on what’s happening in the Middle East. It is hard to predict how it will unfold, but they think that its impact on the oil markets could rearrange our geopolitical priority.

6. Technology: The advancement in technology has changed our life in many significant ways. In terms of manufacturing, it has increased production capacity. Karren Harris believes that recent developments in labor automation is about to increase production even more, and the impact will be highly unequal. High-wage workers will reap most of the gains and low-wage workers will pay most of the costs. Furthermore, demand will be constrained and it will cap future GDP growth potential.

The National Association of Personal Financial Advisors (NAPFA) hosts conferences bi-annually. In May 2018, SFG’s Clarissa and Alyssa had the opportunity to attend the conference in Phoenix, AZ. Here are some key themes and takeaways from the conference.

26
May, 2018
Muni Bonds: How to Determine the Taxable Equivalent Yield

Are you ready for a vacation? While planning your trip, be sure to protect your home — and everything inside it — by keeping up appearances that you are still home. In order to enjoy your vacation to the fullest, here are some precautions you may want to take before you leave.